Washington DC. The city of majestic architecture and spacious avenues embodies the dreams of freedom. You won’t find skyscrapers there, as in other large cities in the United States. The measured rhythm of life and the unique urban flavor reign everywhere in Washington DC. As a result, this destination attracts thousands of travelers from all over the world.

Are you among them? It would be a great idea to head to Washington DC and explore its iconic sights. Another great idea is to rent a car. Yes, car rental is the easiest way to move around the area at your own pace. Plus, DC car rental under 25 makes it possible for even young drivers to get behind the wheel.

If you plan a vacation in the US but don’t know where to go yet, head to Washington DC. In the meantime, we will tell you about the most iconic places to visit there…

Today, there are probably few people who have never heard of the White House. The residence of American presidents is not just a beautiful mansion, but a symbol of the formation of statehood and presidential power in the United States.

The building itself features unique Palladian-style architecture, characteristic of the temple architecture of Ancient Greece. White Virginia sandstone was used for its cladding. That’s why the mansion stands out against the background of red granite buildings located in the district.

The foundation stone of the White House was laid in 1792, and in 1800 the second US President John Adams moved into the residence. Further, the mansion underwent a series of destruction and restoration work, and by 1942 it acquired a modern look. In addition, a well-groomed park with fountains appeared around the White House.

You can get inside the residence during the tour. Tourists have the opportunity to view the rooms on two floors.

The second symbol of US political life is the majestic Capitol, located on the hill of the same name. Construction began in 1793 after George Washington himself laid the first foundation stone. The British destroyed the building in 1813 but the Americans didn’t give up. After 14 years, they still completed the main work to restore the mansion.

Getting to the Capitol is not difficult for an ordinary tourist. You can get free group excursion tickets near the entrance. Several rooms of the building will be available for inspection.

Also, you can visit the Rotunda with a collection of paintings and sculptures. They tell about US history – from the arrival of Columbus on the mainland to the development of aviation.

Covering an area of ​​over 70 hectares, the Washington Zoo is home to over 2,000 animals. Its inhabitants include insects, fish, birds, reptiles, and mammals from all over the world. Some of them are under the threat of extinction, and the zoo gives them a chance to revive the population.

All animals occupy spacious open enclosures. Their living conditions are as close as possible to the natural habitat – ranging from the tropics to the wooded area. The variety of animals in the zoo is so huge that it will take at least one day to see all the locations.

The territory of the walking area has comfortable paths with many benches for rest, places for a snack, and greenery around. Also, there’s a cable car in the park.

About 5 million people visit the National Museum of American History each year. Here you will learn everything about the history of America – from colonial times to the modern development of science and technology. The exposition contains the personal belongings of the presidents, and dresses of the first ladies.

The hall dedicated to technical development presents the world’s first photocopier. At the same time, some exhibits tell about American cuisine, including famous fast foods. Along with fascinating exhibits, the museum often hosts temporary exhibitions dedicated to the country’s cultural and technical achievements. 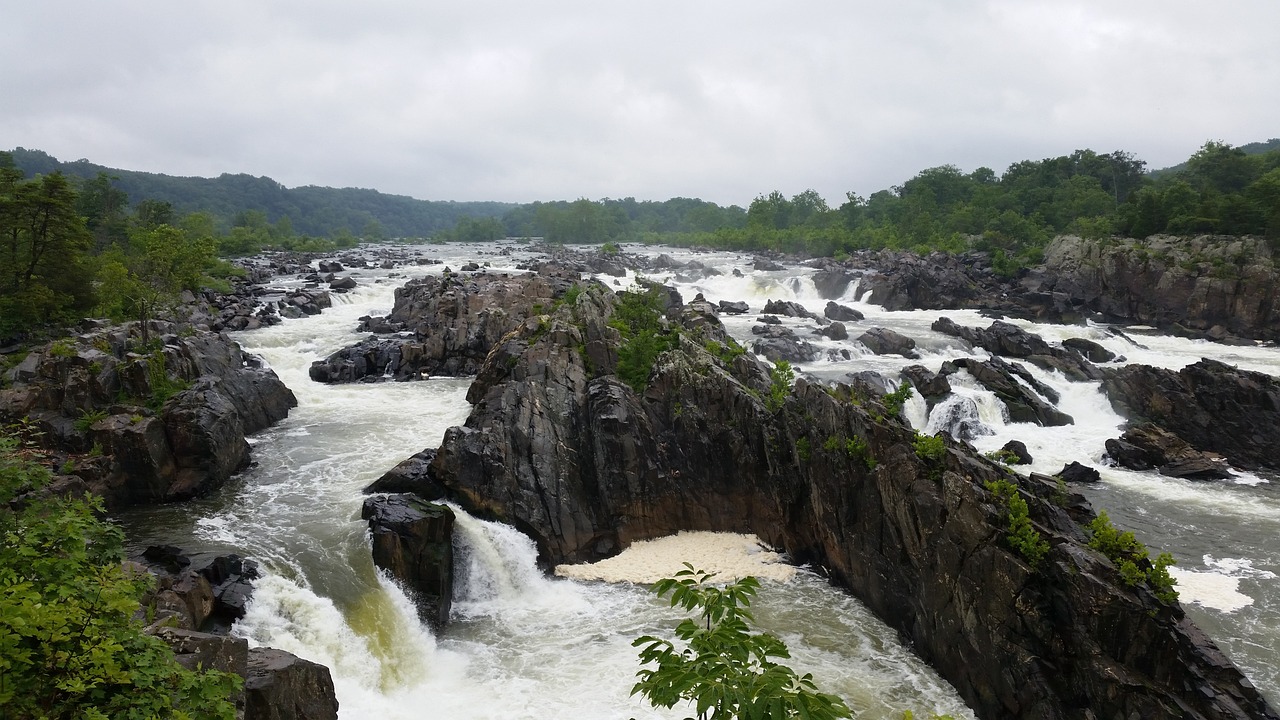 If you love wildlife, then by all means visit Great Falls Park on the Potomac River. It’s a chain of powerful waterfalls and rapids surrounded by picturesque wooded landscapes.

On the stones of the waterfall you can often see herons, and in quieter places – funny vulture turtles. This is a great place to take a break from the hustle and bustle of the city, be alone with nature, and take some great landscape photos.

Located in the vicinity of the Capitol, the botanical garden started operating in the 19th century. Plant seeds were brought here from all over the world. Thus, about 60 thousand representatives of the flora grow in the park. From the moment the garden was born, its territory grew and the greenhouses appeared. Now, the complex offers several natural zones.

So, in the “Desert” zone you will find succulents, “Orchid” is full of exotic flowers, and “Jungle” offers tropical trees. The main attraction of the garden is the elm grown by George Washington. While sitting in its shadow, the first US President liked to watch the construction of the Capitol.

On the whole, Washington DC is not quite typical, but nevertheless a nice travel destination. So, you will have a great time if you choose this city for your next vacation or weekend!

Here Are Top 10 Places To Visit In Kashmir In April

Is It Convenient For The Patients To Get Treatment From Rehabilitation Centres?

7 Pest Control Tips to Keep the Pests Away