Gabriel Voisin, a French pioneer, invented the first crude form of ABS in the 1920s, originally to help with airplane braking. However, it wasn’t until the 1970s that ABS was widely adopted and implemented in the commercial vehicle industry.

Anti-lock braking systems are now standard on almost all new vehicles and motorbikes, and it is used not just to improve steering when braking, but also to aid with traction control. 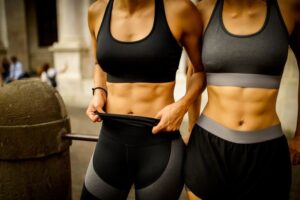 What is the function of the Anti-Lock Braking System?

In hard braking circumstances, ABS operates by releasing and then reapplying or ‘pumping’ the brakes on a motorcycle or vehicle wheel. Each wheel has sensors that detect “locking,” or when a wheel stops moving and begins to slide. Despite the fact that not all ABS systems are the same, some simply prevent rear axle wheels from locking up. When ABS detects a lock-up, it pumps the brakes hundreds of times per second. This keeps the wheel or wheels from slipping and helps the driver keep control of the vehicle. ABS functions essentially in three different stages:

What ABS Doesn’t Do?

ABS cannot avoid all skids and cannot always stop your car in a shorter distance. Although ABS aids in steering, your car may not turn as rapidly on a slick road as it would on dry pavement. Excessive speed, abrupt bends, and slamming on the brakes can all cause an ABS-equipped car to slide. On roads with loose gravel or newly fallen snow. A car’s locked wheels might build up a wedge of gravel or snow and stop faster than an ABS-equipped vehicle.

The term “anti-lock brakes,” shortened as ABS, is well known to most people. However, a far lower proportion are aware that three forms of ABS are available.

Each of the four wheels is assigned a different valve and a different speed sensor by the four-channel, four-sensor ABS system. This is the best approach since it monitors each wheel to ensure the greatest amount of braking force is achieved.

One Sensor, One Channel

This ABS system, which is mounted in the rear axle, has one valve and one-speed sensor to monitor all four wheels. Pickup trucks with rear-wheel ABS generally use a single-channel, single-sensor ABS system.

This system, like ABS a three-channel, three-sensor, poses the risk of one rear wheel locking, decreasing braking efficiency. This system is pretty easy to identify on a car since there will only be one brake line that runs to the rear wheels through a T-fitting.

The disadvantage of this ABS system is that because the rear wheels share a single valve and speed sensor, they are monitored jointly. As a result, in order for ABS to work, both wheels must be locked. If only one rear wheel locks, the brake’s effectiveness is reduced. 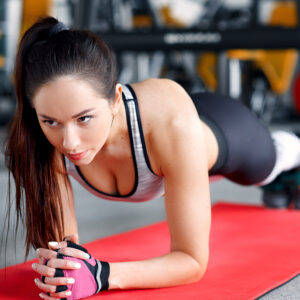 What does ABS consist of?

These sensors measure how quickly the wheel or wheels rotate.

Pumps are loaded with hydraulic fluid and provide on-demand pressure to the braking drums or calipers.

The electronic control unit (ECU) is the ABS’s brain, and it utilizes sensor data to determine whether or not to pump the brakes.

When driving a new car equipped with this car accessories ABS, it’s a good idea to get a feel for how the brakes feel when they’re working normally. On a rainy or snowy day, find an empty parking lot and slam on the brakes, paying attention to how your car reacts. While the brakes are working, keep your foot firmly on the pedal and practice steering. Then you’ll know what to expect if you’re in a panic.

Tags: A guide to knowing about ABS, Anti-Lock Braking Systems

The Most Effective Method How To Lose Weight in Thighs

Back Pain Tips That Can Change Your Life