The Esports tournament business is growing rapidly with the involvement of various video games. The only difference between traditional and esports are that participants treat esports as professional sports and it involves video games. Over the years, sports betting software solutions are influencing a large number of entrepreneurs in the industry. Investing in esports is beneficial for the organizers in terms of revenue growth in the industry. 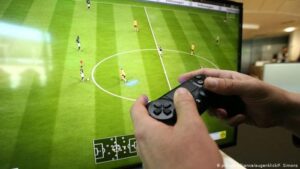 Esports is known as electronic sports, where video games are played by the participants in a virtual environment. The esports games have large payouts, prizes, and massive sponsorship deals. Counter-Strike, Dota 2, and League of Legends are some of the popular tournaments in esports.

Esports is also growing in terms of viewers and broadcasters. YouTube and Twitch are the most popular online streaming platforms for esports. The average number of viewers was 1.28 million in 2019. More people are consuming esports content as the number of investments increases in the esports market.

Esports is growing fast and organizers keep developing new games with lots of money involved in it. Similar to traditional sports, esports are competitively developing tournaments and leagues. Based on prize pools, viewers, payouts, and availability, the most popular esports tournament games are as follows:

This game is very popular in esports and was released in 2013. This game is majorly streaming on online platforms such as Twitch and Youtube under the multiplayer online battle arena game (MOBA).

This game is covered under a first-person shooter game and launched in 2016. It has a competitive online multiplayer and more than 14 million users. Blizzard Entertainment was the first organizer found for international players.

This game involved a series of games in the UK, America, and Australia. It involved professional competitions under the first-person shooter genre. Most of the well-known sponsors are organizing this game annually.

League of Legends is the most trendy game in esports released in 2009 by Riot games. It is covered under multiplayer online battlefield games with higher prize money of more than $8 million. There are different game modes and levels available for the players. It is a majorly popular professional competition in Europe and North America.

WordPress is another way of creating an esports tournament website. The organizers can build their websites with the help of plugins and customize theme options. This approach can be accessed by buying web hosting without hiring developers. Esports statistics can be created through WordPress, as its plugin also comes with the popular visual composer WordPress page builder.

Custom development is the most appropriate and better way of developing entertaining and engaging platforms for the audience. This approach creates the website as per the requirements and necessary tools and shows a better look at the website. There are certain things, that need to consider while implementing a custom development approach as follows:

The emergence of blockchain and cryptocurrencies in esports: 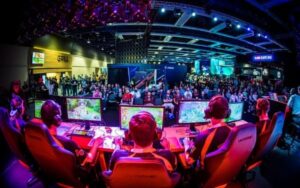 Esports is an emerging market in the iGaming industry. The current esports market has an estimated $700 million in revenue with a 200 million audience. The esports industry has so many participants and only a small percentage goes with players and brands. There is no ecosystem for brands and players but blockchain could help resolve these issues and can be revolutionized for esports in the following ways:

Blockchain helps develop transparency in the network and helps the players in building confidence in the platforms. The developers can secure their work and can avoid the risk of not being paid for their efforts. It helps in developing a contract between game developers and organizers of the tournaments. The transparency of the contract can help remove the unfair distribution of the prize money.

Esports are becoming an important part of the growing industry but players find it difficult to participate in such major tournaments. Blockchain can enhance the playing field by lowering the maintenance cost and developing a secure database. The technology uses a P2P network that is easy for the developers to build platforms such as EOS, NEO, etc.

As esports tournaments cost huge sums of money which causes a high dependency of the players on organizers. But cryptocurrencies based on the blockchain can give better control to players. It reduces the cost of running and organizing an esports platform. Blockchain emphasis transparency and involves agreement as an open-source code.

Therefore, cryptocurrencies based blockchain technology is helpful for esports platforms to become transparent and more secure. It also gives a better chance to players in the industry. It will surely enhance the future of esports.

Esports is one of the growing sectors of the iGaming industry. There are various esports games involved with several features. As stated above there are different ways available in the market for creating an esports tournament website. The organizers need to create a better tournament website. The above mentioned can clearly state that creating an esports tournament website can enhance the esports business. Blockchain and cryptocurrencies also have the potential to transform esports. based on cryptocurrencies and blockchain technology.