Liverpool started as a small fishing community on the banks of the River Mersey. In time, due to trade, emigration, and the city’s prime location on the West coast of England, Liverpool quickly established itself as an important trading port and one of the largest emigration ports in the world. Today, Liverpool’s docklands are the heart of the city, filled with attractions, places of interest, shops restaurants and so much more. 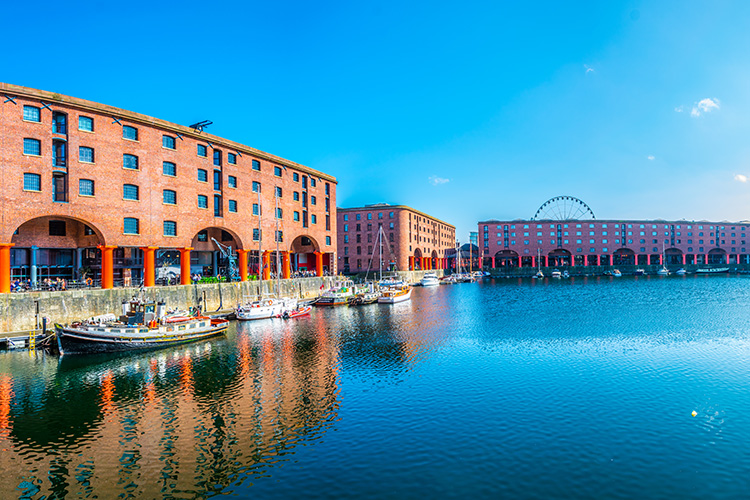 Recognized for its significance as a commercial port, Liverpool was given UNESCO World Heritage status in July 2004, immortalizing it among world-famous attractions such as the Taj Mahal and the Great Wall of China. Liverpool Maritime Mercantile City was once one of the world’s major trading centers in the 18th and 19th centuries and played a huge role in the rise of the British Empire. It was also a major port for the mass movement of people, controlling 60 percent of the British and over 40 percent of the entire European slave trade by 1795. The site covers six locations in the city Centre including Pier Head, Albert Dock, and William Brown Street, and includes many of the city’s most famous landmarks.

Officially opened on 30th July 1846 by Prince Albert, The Albert Dock welcomed over 40% of global trade in the 19th Century. It played an important role in WW2 and was shortly after awarded Grade I listed status, making it the largest collection of Grade 1 listed buildings anywhere in the UK. 175 years later, the dock was given royal status and the name we know and recognize, Royal Albert Dock. During the 1980s the dock was redeveloped to include important cultural and heritage sites like the Merseyside Maritime Museum, The International Slavery Museum and the Border Force’s National Museum. 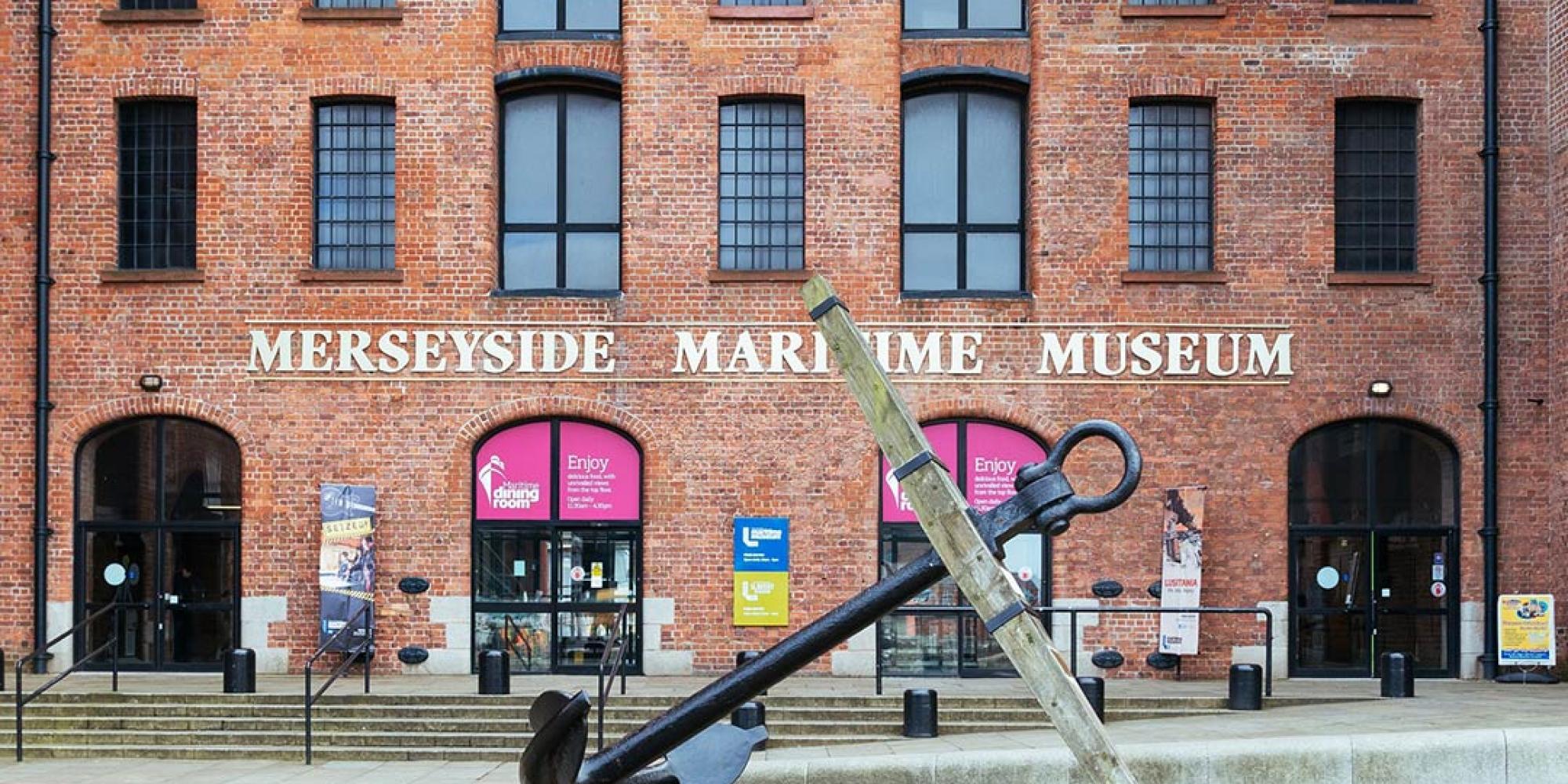 A great place to learn more about Liverpool’s maritime past and what life was like at sea, Merseyside Maritime Museum is located in a historic warehouse building at the heart of Liverpool’s waterfront. There you can enjoy interactive exhibitions, search through the maritime archive and discover a world of smuggling in the Seized! Gallery. It’s a place to hear first-hand stories about people working, living and moving through the area at the time. You can also learn about 30 James Street, the home of the cruise line headquarters, The White Star Line, the registered port of the ill-fated RMS Titanic, who is a scouser!

As well as many notable achievements, advancements in technology, and the city’s contribution to the success of the country overall, Liverpool was also a major slaving port. Its ships and merchants dominated the transatlantic slave trade in the 18th century, facilitating the movement of tens of thousands of slaves from northern Europe to America. The International Slavery Museum focuses on the history and legacy of the trade, increasing understanding and awareness of previous and modern forms of enslavement. It’s a fascinating place to visit with a very important message about a truly harrowing but notable part of Liverpool’s history.

Even if you haven’t visited Liverpool, you’ve likely seen it in some form on TV, film, and blockbuster movies throughout the years. Outside of London, Liverpool and the Liverpool waterside is one of the most filmed cities in the UK not least for the beauty of its architecture and the friendly nature of the locals. You’ll have seen wizards flying through the Mersey Tunnel, Peaky Blinders lurking around Stanley Dock and of course, multiple films about the Beatles filmed in popular locations around the city. One of the biggest productions in Stanley Dock was Captain America: The First Avenger which caused quite a stir among locals. Film crews are welcome to PREMIER SUITES Liverpool for a comfortable, enjoyable stay, for as long as you are on location.

Whether you’re here as a leisure guest or you need a base to stay in while working in Liverpool, PREMIER SUITES offer you the flexibility of a true home from home. Our spaces one or two-bedroom suites are ideal for solos, couples or group travelers with everything you need to enjoy the city. We accommodate guests for varying stay lengths, from a quick overnight rest to weeks or months, making sure each guest has an equally excellent experience. Each serviced apartment comes with a separate living and dining space, a family-sized bathroom, a fully equipped kitchen with everything you need to prepare, cook and store food.

If you’d like to make a booking for PREMIER SUITES Serviced Apartments in Liverpool, use our official website for exclusive access to the best available rates and special offers. We look forward to welcoming you soon.

Author Bio: Katie McGarr is a resident writer for PREMIER SUITES Liverpool, a modern and stylish serviced apartment that provides business and leisure travelers the perfect place to stay in Liverpool UK. When she’s not petting her cat, you can see this free-spirited blogger writing articles about travel, food, and lifestyle.

How to dress in Middle East: Outfits to Wear While Travelling